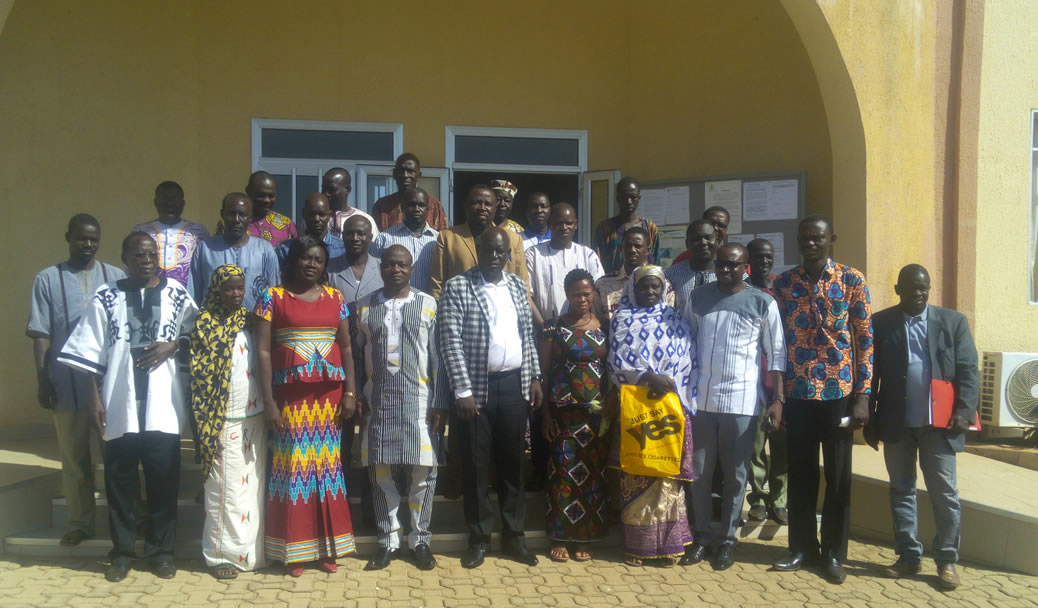 The Gourma Water Agency held on Tuesday December 03, 2019 in the meeting room of the Chamber of Commerce and Industry of Koupéla, the workshop to launch the process of setting up the Local Committee of Water (CLE) Sirba upstream within the framework of the project “Capacity building of the Gourma and Liptako Water Agencies and the CLEs for a rational, concerted and sustainable management of water resources”. This project is funded by the European Union and implemented by the consortium made up of WaterAid, the Water, Development and Environment Association and the Gourma and Liptako Water Agencies.

The workshop was chaired by the Governor of the Center-East Region, represented by his Secretary General. He had the participation of the Governor of the Center-North region; High Commissioners of the provinces of Namentenga and Ganzourgou; the Prefect of the department of Koupéla, representing the High Commissioner of the province of Kouritenga; of local authorities and water users in the CLE area.

During this workshop, it was a question of presenting the project to the participants, of declining the main axes of the establishment of the CLE, of presenting the Approach Based on Human Rights and of seeking the adhesion of the actors of the CLE space.

At the end of the workshop, four (04) strong recommendations were made by the participants for the viability of the future CLE to be put in place:

At the location of the municipalities of the CLE competence area:

At the location of the General Directorate of the Gourma Water Agency: